Let me begin by saying I know there are worse places than Winnipeg. Being stuck on an elevator overnight with Miley Cyrus and realizing you forgot your ear plugs comes to mind.

But is Good Ol’ Hometown really as bad as National Hockey League players make it out to be? 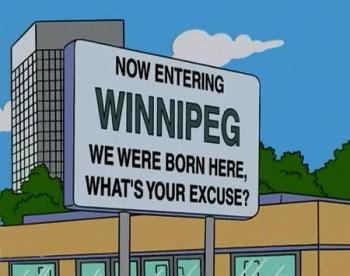 Apparently so. It’s the dentist’s chair of their world. Root canal included.

Actually, no. It’s worse than that.

Step out of doors in Pegtown and you might as well go directly to an ER, because you’re just one frost-bitten breath away from hypothermia.

I mean, what’s the first order of business for any brave NHL soul who survives his unfortunate experience on the frozen tundra? Why, he reaches for a bar of soap and starts scrubbing his face, of course. You know, to wash off the Winnipeg.

And did we mention depressing?

Oh, there’s plenty for the NHL scamps to do in Good Ol’ Hometown, it’s just that none of it’s exciting. Little wonder locals call Misericordia Health Centre the “Misery.”

In case you missed it, Emily Kaplan of ESPN talked to, or contacted, 50 players and asked a series of questions on matters ranging from Twitter accounts to Gritty fatigue to the blind eye that NHL mucky-mucks turn toward the use of recreational drugs. And there was this: “Which road city do you dread the most?”

The results were as predictable as Don Cherry wearing a bad suit and saying something stupid on Saturday night.

That’s us. Dreadtown. Worse than Buffalo. Which is like being told you and your neighbor both have rotten teeth, but you’re worse because you’ve got bad breath, too.

“It’s always cold,” one player griped about Good Ol’ Hometown. “It’s just dirty—you walk around the city and feel like you need to wash your face after you go outside.”

Hey, maybe that’s why Dustin Byfuglien went AWOL. He got tired of washing his face.

Naw. Can’t be that. After all, I’ve been away from Winnipeg for 20 years now, but I still wash my face every day. I’m guessing that Big Buff does, too, unless he’s in his fishing hut, in which case all bets are off.

Anyway, I’ve heard a lot of insulting comments about Pegtown over the years. Still do. But that face-washing thing is a new one on me. Like, Toronto’s the Big Smoke and we’re what? The Big Soap?

“Winnipeg is just depressing,” groused another player. “You don’t even want to leave the hotel to get a cup of coffee.” 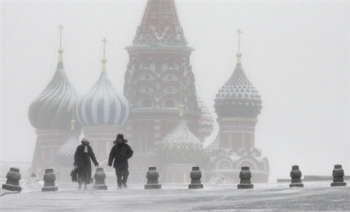 Listen, man, I’ll concede that Good Ol’ Hometown has a bit of a Cold War-era Moscow vibe during the winter, but why do you think NHL brass doesn’t frown on rec drugs? They’ve seen downtown Winnipeg. Whatever gets you through the night, right?

Even the praise from at least one NHLer was faint.

“Wherever you go,” he said, “they always have TSN on.”

Oh joy. I’m sure Tourism Winnipeg will jump all over that as the theme for its next campaign to lure visitors to the Manitoba capital: “We’ve got the Museum of Human Rights, The Forks and Assiniboine Park Zoo, but come to River City for the TSN and stare at Jeff O’Dog’s butt cleavage during Trade Centre while hiding in your hotel room.”

You’d think us Peggers would be bummed out by a bunch of runny-nose millionaires describing our home as a scuzzbag burg, but no. Once you’ve been lampooned on The Simpsons, it takes more than a few cheap shots from the peanut gallery to put our frost-bitten noses out of joint.

Besides, those ESPN numbers could be a lot less flattering. I mean, had Emily reached out to the other 650-plus NHLers, I’m thinking Good Ol’ Hometown would have a higher disapproval rating than Justin Trudeau after the blackface pics surfaced.

So let’s be grateful for small sample sizes.

Now, if you’ll excuse me, I need to go wash my face.