Monday morning coming down in 3, 2, 1…and now that the football season is over, it’s time for pitchers and catchers to report…

It would be easy this morning to write off Jennifer Jones as the latest of curling’s been-there, done-that champions who’ve discovered they cannot outrun Father Time.

After all, shots that once were so routinely made now often seem so iffy.

Like her last-rock draw attempt in the fifth end of the Manitoba Scotties Tournament of Hearts final on Sunday in beautiful downtown Rivers.

All Jones needed was the eight-foot ring which, for a world-class curler, is no more difficult than cracking an egg and dropping it in a frying pan. If you were to ask the Olympic and world champion how often she’s drawn the eight-foot in a career of making the other team cry uncle, it would number in the many thousands. Not this time, though. Her stone ground to a halt, as if some unseen hand had reached down and placed a piece of sandpaper in its path. It was a shot she had no business missing.

Thus, instead of scoring one for a 4-2 advantage, it was a steal of three for Kerri Einarson and a 3-5 deficit.

Ultimately, though, it wasn’t that gaffe that derailed Jones in her bid to earn a ninth Buffalo jacket, because she rallied to manufacture a 6-5 advantage through seven ends of a game that was as erratic as a teenager’s mood swings. But she never scored again.

In the final reckoning, the Manitoba women’s championship was decided by two bricks: Each skip’s last in the 10th.

Both the four-foot and button were blocked by enough granite to sculpt a life-size statue of Sandra Schmirler, making it a delicate bit of business. Einarson’s rock took the scenic route and stopped—right…on…the…nut. And totally buried. Still, Jones had hope. She could glance off one of her yellow stones and nudge Einarson’s shot rock off the button. Game, set and off to Moose Jaw for the national Scotties, right?

Except that’s not how Jones’ universe unfolds anymore.

As she hunkered in the hack, I thought to myself, “No way she makes this shot.” I don’t recall ever doubting Jones before. She missed, her rock wrecking out front.

So, instead of swanning off to Moose Jaw with the Buffalo on their backs later this month, Jones and her gal pals—Kaitlyn Lawes, Jocelyn Peterman, Dawn McEwen—will be required to get the better of Tracy Fleury in a one-off, wild-card game on Valentine’s Day. The winner plays on, the loser returns home, presumably without parting gifts.

Even if she is to win the wild card, a daunting task is stretched out in front of the 45-year-old Jones.

And that’s not to forget Einarson and Gimli playmates Val Sweeting, Shannon Birchard and Briane Meilleur, who enter the fray no worse than even-money to bring home the bauble.

Still, I wouldn’t be so hasty in having the bugler play taps for the six-time Canadian and two-time world titleholder. Jones still has, as they say, game. She and her St. Vital accomplices stand third in the country’s team rankings, and they didn’t get there by accident.

So let’s put it this way: I’ll be surprised if Jennifer Jones wins another Scotties, but I also won’t be surprised.

Thoroughly enjoyed reading Melissa Martin’s daily dispatches from Rivers. I assume the deep-thinkers at the Drab Slab have booked Double M’s passage to Moose Jaw, where she can cover the curling and hang out with local resident Burton Cummings. Unless Burt and old buddy Randy Bachman are already on tour by then.

Also many good reads from Ted Wyman of the Winnipeg Sun. River City rags have a long history of top-drawer curling coverage (the best in the country, if you ask me), so I hope the tabloid plans to send him to Moose Jaw, where he can check out some of those tunnels Al Capone left behind. Just as long as he doesn’t get lost between draws. 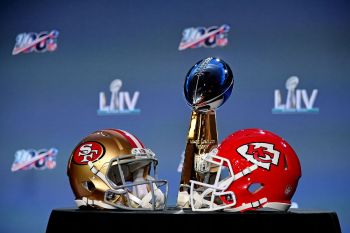 It’s about the American commercials: Haven’t seen any of them yet.

Caught the latest edition of Hometown Hockey on Sunday, and I must say that Sportsnet is pushing hard for women’s hockey. I just hope they’re as geeked up about Ponytail Puck if and when there’s a Women’s National Hockey League with outfits based in Canada. They basically ignored the Canadian Women’s Hockey League before it turned out the lights.

There’s a heavy bias in Sportsnet coverage of the women’s game, in that it’s slanted heavily in favor of the Professional Women’s Hockey Players Association and its Dream Gap Tour. And Cassie Campbell-Pascall is given free rein to preach falsehoods about the National Women’s Hockey League, which is never a good idea. Objective journalists would invite NWHL commissioner Dani Rylan to the discussion and get her take on where the game’s at and where she sees it going. But Ron MacLean abdicated long ago, Tara Slone isn’t really a journo, and Campbell-Pascall is too busy campaigning to become the first commish of the WNHL.

We get another serving of Ponytail Puck this very evening, and this time it’s the real thing, not one of those half-baked Dream Gap scrimmages. It’s Canada vs. U.S.A. in the Rivalry Series at Save-On-Foods Memorial Arena in Victoria, and the barn is sold out. The barn is also just one block away from my modest dwelling, but financial limitations prevent me from attending. I shall watch it on TSN, though, even if it’s long past my bedtime.

Just wondering: Why are so many among the rabble down on Patrik Laine? True, the kid’s no Auston Matthews, and not just because he keeps his pants on in public. Puck Finn doesn’t score like Matthews, but last time I looked he had 19 goals, which likely means another 30-snipe season. That would make him 4-for-4. Seems to me that would have been acceptable when the Winnipeg Jets used their first shoutout to claim Laine in the 2016 National Hockey League auction of teenage talent. So why isn’t it good enough anymore? Maybe if Puck Finn went ice fishing instead of playing Fortnite he’d be more agreeable to the masses.

And, finally, it’s Feb. 3 and Paul Maurice is still head coach of the Jets. I told you he would be.

I am Canadian. Let me count the ways on our 150th birthday…

I walked before I could skate, but only by about a day or two.

I believe that Lanny McDonald’s mustache is one of the seven wonders of the world.

Our pet was Juliette.

I still know the sweater numbers for all the Montreal Canadiens and Toronto Maple Leafs from the 1960s.

I’m convinced that our real national anthem is the theme music for Hockey Night in Canada, not O Canada.

I feel embarrassed every time Justin Bieber does something stupid.

I cheer every time Perry Mason kicks Hamilton Burger’s butt in court, because Raymond Burr is one of us.

I know that former Prime Minister Lester Pearson’s middle name was Bowles and that people also called him Mike.

I know the Neil Young tune Long May You Run is about his hearse, Mort.

I wore two pair of socks and plastic bags over my feet so they wouldn’t freeze solid while skating on the outdoor rinks in Winnipeg.

I know what playing spongey is.

If you tell me you have a new pair of garbos, you’re good to go for a game of spongey.

The plaintive cry of “Car!” can only mean one thing—road hockey.

I know a road apple is something you don’t eat.

I know the difference between prairie oysters (bull’s balls) and Prairie Oyster, a terrific country band that doesn’t appear to be making music anymore.

I can’t parlez vous fluently in both of our official languages, but I can converse enough well en francais to order a beer and some poutine in Quebec.

I don’t really believe Toronto is the Centre of the Universe.

Yeehaw! I know the Greatest Outdoor Show on Earth is all about horses, doggies, cowboys, cowgirls and Wrangler jeans, and everybody in Calgary dresses in character during the Stampede.

I know people who are being white-hatted in Cowtown are putting a Smithbilt on their heads, not a Stetson.

I remember corn brooms and the poetic sound they made on a sheet of pebbled ice.

I can tell you that the Trail Smoke Eaters were a world champion hockey team from beautiful British Columbia, not a bunch of cowboys choking on trail dust.

I still get teary-eyed when I hear Foster Hewitt cry out “Henderson has scored for Canada!”

I remember when Americans would come to Canada to play in the Canadian Football League and stay for the rest of their lives (hello, Kenny Ploen and Jackie Parker).

I know Ol’ Spaghetti Legs and Twinkle Toes were CFL players, not contestants on Dancing with the Stars.

To me a flower isn’t something you grow in the garden…Flower wore No. 10 for les Canadiens.

I like my temperature in Fahrenheit and my distances in feet, yards and miles.

I always wish hockey players would put their teeth in before a TV interview.

To me, winter headwear is a toque, not a knitted cap.

I know Butch Goring’s hockey helmet was a SPAPS.

When I see someone with a watermelon on her or his head, I know their favorite football team is the Saskatchewan Roughriders.

I know who Youppi, Gainer the Gopher, Buzz and Boomer, Ralph the Dog, Harvey the Hound and Crazy George are.