Boy, you can’t slip anything past our man Kevin Cheveldayoff. No sir. It’s like trying to sneak the sun past a rooster. Or a blue-eyed blonde past Tiger Woods.

No surprise, therefore, that while 28 general managers were taking a mid-summer siesta and Marc Bergevin was distracted by that pesky P.K. Subban thing, Kevin the Possum swooped in and plucked TJ Galiardi from the bones of the 2014 free-agent carcass. He sure showed that Jim Nill dude in Dallas how to generally manage a hockey team, didn’t he?

And let’s make one thing perfectly clear: There’s no truth to the rumor that the Possum actually believed he was signing T.J. Oshie, not TJ Galiardi. Our man would never get confused like that. No way. No one need tell the Possum the difference between a T.J. with dots after his initials and a TJ sans dots. The Winnipeg Jets GM knew exactly what he was doing when he added TJ No Dots to the ingredients of his Possum Stew.

So what does this development tell us?

It has been suggested—ad nauseam—that free agents will avoid River City like Brits avoid the dentist. Uh uh. Not true. TJ is evidence that some players really do like us, and so what if he comes from the dregs of the bin and would have been happy to see a contract offer from any outfit this side of the Kremlin. Mathieu Perreault is additional evidence of the Possum’s myth-busting chops.

I guess I’ve been wrong about the Possum all along. I mean, he somehow sold Perreault on The Forks and a non-playoff team against Disneyland and a Stanley Cup contender. Imagine that. Winnipeg, the Magic Kingdom. Again, take that, Jim Nill.

I don’t know if the recruitment of Perreault and TJ No Dots represents the Possum’s final touch in advance of Camp PoMo a little more than a month hence, but when I look at this Jets outfit I see…well, gosh darn, if I don’t see Don Waddell and Rick Dudley. Still. Three and a half years after the caravan from Atlanta rolled into River City.

And, to think, some people say the Possum does nothing.

(Just a thought: In a game of river hockey, which team would win? My money would be on Waddell/Dudley, even with Ondrej Pavelec in goal.) 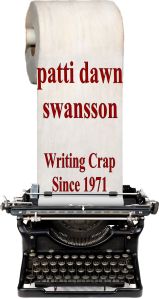 Patti Dawn Swansson has been writing about Winnipeg sports for more than 40 years, longer than any living being. Do not, however, assume that to mean she harbors a wealth of sports knowledge or that she’s a jock journalist of award-winning loft. It simply means she is old, comfortable at a keyboard (although arthritic fingers sometimes make typing a bit of a chore) and she doesn’t know when to quit.
She is most proud of her Q Award, presented to her in 2012 for her scribblings about the LGBT community in Victoria, B.C.