Another Sunday smorgas-bored…and happy St. Patty’s Day to the Irish and Irish wannabes (and I plan on keeping my lifetime record of never drinking green beer intact)…

And, as social media exploded like a fourth of July sky, a mystery voice at a National Hockey League game last Monday became the most talked-about sound bite since Timothy Leary told kids in the 1960s to “turn on, tune in, drop out.”

So was l’affaire Rielly much ado about nada?

Well, like most questions in life that don’t include a simple 1+1=2 answer, it depends on who you ask.

Many took to Twitter to suggest (rather dismissively, abruptly and rudely) that it matters not if Rielly or any player/fan shouted “faggot” or “rag it” or “maggot” during a Toronto Maple Leafs-Tampa Bay Lightning skirmish at Scotiabank Arena in the Republic of Tranna. “They’re just words. Don’t be such a snowflake. Get over it, you annoying SJWs. Move on.”

Media pundits, meanwhile, have lauded les Leafs Harry Potter doppelganger GM, Kyle Dubas, and Rielly for stepping forward to confirm the young defenceman’s innocence, rather than push the mute button and allow the tempest to expire of natural causes. They insist that the hastily organized Dubas-Rielly joint session of meet-the-news-snoops was a “teaching moment.”

If so, I’m having trouble determining what lesson was learned.

As a member of the LGBTQ collective, you see, I lean a keen and attentive ear toward any dialogue dealing with gays and homophobia in sports. Call it my “queer” ear, if you will. And it’s often what I don’t hear that catches my notice because, yes, words are important.

The one word I didn’t hear from Dubas in his more than 16 minutes of chin wagging was “accept.”

Make no mistake, the GM scored when he talked sincerely about providing a “safe” and “welcome” environment for gay, bisexual and transgender fans at les Leafs’ lair. He added that any player grappling with his sexual orientation can “feel safe here, they can be themselves here.”

Dubas did not, however, say a gay player would be universally “accepted” in les Leafs boudoir. He couldn’t.

“Not only with our team, but also with our fans,” the Habs bankroll told news snoops when asked if his storied franchise was prepared to embrace a gay player. “Everyone and everybody is welcome in the Montreal Canadiens organization. Any opportunity to be inclusive is a good one, and that starts from the top down.”

Nice thought, but a Habs skater with anti-gay leanings might not be so keen to share the bunker with a guy who shares his bed with another dude.

That said, it’s apparent by Rielly’s thoughtful responses to queries last week, also his documented support of the LGBTQ collective, that he would “accept” a gay teammate without condition. But what of his fellows in the blue-and-white linen of les Leafs?

Again, Dubas gets full marks for initiating the discussion last week, but if it was a “teachable moment” I’m still uncertain what I supposedly learned. Given that Molson said the same thing five years ago and nothing has changed, it was same old, same old. 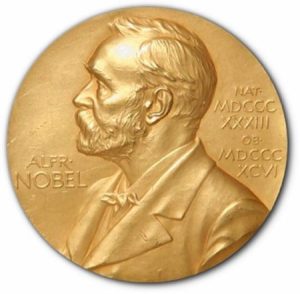 I’m always fascinated when straight male sports scribes and talking heads weigh in on the gay/homophobia issue. They really can’t offer anything of substance because, well, they aren’t gay. So they simply recite the standard blah, blah, blah about offensive words, often punctuating their commentary with “this is 2019,” as if that proves they know where it’s at. Which explains why many of them inverted the Rielly situation, turning it into a testimonial to the Maple Leafs’ rapid response rather than the likelihood that someone shouted “faggot” during an NHL game. Dubas was lathered in lavish praise, and I’m surprised the talking heads and essayists stopped short of nominating him for a Nobel Prize. But, hey, Nobel nomination forms aren’t distributed until September, so there’s plenty of time to get his name out there.

Unless I missed it, neither TSN nor Sportsnet brought an LGBTQ voice on air to discuss the developments in l’affaire Rielly. They’ll recruit “experts” to dissect everything from Auston Matthews’ bowel movements to Mitch Marner’s eating habits, but they aren’t interested in a gay voice when homophobia is the hot-button topic. What, they don’t know any gay male athletes who’ve been in homophobic dressing rooms? Or do they think gay guys don’t speak English? Trust me, when the subject is homophobia in hockey, the last people I want to hear from are meatheads like Nick Kypreos and Colby Armstrong, who delivered about five minutes of total gobbledygook on Hockey Central At Noon.

Speaking of Colby Armstrong, I must confess that he’s begun to grow on me, perhaps because I like the Muppets and he’s got a Muppets kind of head—you know, really thin-to-no lips, goofy grin, interesting nose, eyes that seem to spin and rotate. I think perhaps Colby and Fozzy Bear were separated at birth. That’s the ticket—Fozzy Armstrong.

If the ponies were running at Assiniboia Downs, the ideal St. Patty’s Day card this afternoon would include a Pot O’ Gold Stakes race with this field: Lookin At Lucky, Lucky Debonair, Irish War Cry, Smokinpaddylassie, I’ll Have Another and Flat Drunk. And, yes, those are the names of actual race horses.

So, the Winnipeg Jets recently completed their longest junket of the NHL season—10 days, four games. Drab Slab scribe Mike McIntyre described it as a “doozy.” Well, Mike Mac doesn’t know from doozy. During their 1978-79 World Hockey Association championship crusade, the Jets had a tour of duty in February that had them play 10 games in 16 days (eight on the road, including five in a row). Now that, my friends, is a doozy.

Interesting to note that the Milwaukee Brewers voted play-by-play broadcaster and funny guy Bob Uecker a full players share ($123,000) after the Major League Baseball playoffs last October. Hmmm. For the record, the Jets did not vote me a full players share after their final WHA title in 1979. No problem, though. I didn’t need the $57.48 at the time. Mind you, I could use it today now that I’m a pauper. (By the way, Ueck donated his $123,000 windfall to four different charities.)

Ryan Dixon of Sportsnet tells us that Blake Wheeler’s contract extension, which kicks in next season at $8.25 million, is “money well spent by the Winnipeg Jets.” He knows this how? Well, because of Joe Thornton. Dixon figures if Jumbo Joe can score 82 points as a 36-year-old, so can Wheels. Good luck with that. I’m a big fan of Blake Wheeler (the player, not the boor who believes news snoops are pond scum), but if he’s an 82-point guy at the butt end of his five-year deal, I’ll eat a hockey puck and wash it down with raw sewage from the Red River.

The Kootenay Ice play their final game in Cranbrook this afternoon, then they become the Winnipeg Ice (please, change that name). So if anyone in Good Ol’ Hometown is looking for the skinny on the Western Hockey League, take note: The go-to website is old friend Gregg Drinnan’s blog Taking Note. Nobody does the WHL better than the Greaser, who earned his nickname while writing about fast cars, Bison Dragways and people like Big Daddy Garlits for the Winnipeg Tribune.

And, finally, sad to hear of the passing of Randy Turner, longtime scribe at the Winnipeg Free Press. Never got to spend much time with Randy (different newspapers, different beats, I skipped town), but I do know he was one of the good guys. And a funny guy. He was a Twitter maestro. Ashley Prest wrote a wonderful tribute piece on Randy in the Drab Slab.