Another Sunday smorgas-bored…and, speaking of flattening the curve, here’s something else that’ll probably fall flat…

Did I miss a memo?

I mean, all I heard three months ago was this mantra: COVID-19 is “bigger than sports.” Athletes said it, league leaders said it, owners said it, medics said it, the butcher, the baker, the candlestick maker and your neighborhood bookie said it. 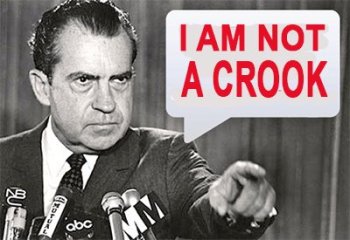 It became the most-repeated creed since the Sermon on the Mount. Or at least since Richard M. Nixon tried to convince us that he was “not a crook.”

Thus, power brokers pulled the plug on every athletic event known to the human species—including the Olympic Games—and, hey, while we’re at it, let’s shutter the Canada-U.S. border for the first time since the British put a torch to the White House. We’ll open it again once squints in lab coats have a handle on this pesky coronavirus thing, because it’s “bigger than sports.”

News snoops and opinionists brayed in concert, even though jock journos recognized that there would be a scramble to fill sports pages and air time with quality content while every league remained in lockdown.

No doubt about it. This was a three-alarm pandemic. Much “bigger than sports.” Still is, actually.

Except here we are today and apparently COVID-19 has become an inconvenience no worse than a bad case of zits or rump rot.

Seriously. The squints have yet to discover a vaccine. Medics don’t have a handle on long-term effects of the coronavirus. There is no herd immunity. To mask or not to mask remains a debate. People are still dying. All hell is breaking loose in the United States. But, hey, the girls and boys have been without their play things long enough, so let’s allow the athletes back into the playground. After all, “sports is bigger than COVID-19.”

Now, I haven’t heard any among the decision-makers actually say that aloud, but that’s only because words tend to get muffled behind those pesky coronavirus face masks.

Oh, wait. In their rush to return to the playgrounds at the elite level of professional jockdom, the power brokers forgot to put on their face masks. Either that or, like Donald Trump, they don’t believe they’re necessary, even as the pandemic eats away at the United States like termites on a two-by-four.

Whatever the circumstance, the Toronto Blue Jays requested permission to flee a COVID-19 hot zone, Florida, and transport their bats, their balls and, perhaps, a fresh wave of COVID-19 to the Republic of Tranna. And, sure enough, Trudeau the Younger has given them the okie-dokie to commence training exercises in The ROT.

Moreover, Trudeau the Younger shall give ponder to the Tranna Nine’s wish to contest the home portion of their 60-game Major League Baseball crusade at home, allowing outfits from the COVID-ravaged U.S. to cross the uncrossable border and wander among the rabble willy-nilly. Even as 38 MLB players/employees have already tested positive for COVID-19.

Meantime, the National Hockey League plans to establish hub bubbles in the Republic of Tranna and Edmonton, allowing players/attendants from two dozen American-based clubs to cross the uncrossable border and put locals at risk.

Oh, sure, they’re telling us the shinny elite will be going about their daily business in a safety zone sealed tighter than the tombs housing little green people at Area 51, but that isn’t as simple as stuffing last night’s leftovers into a Ziploc bag. Anyone who’s spent time observing young, testosterone-fueled athletes can tell you they don’t tuck themselves in when the street lights go on. To some, curfew and a wake-up call arrive at the same hour in the a.m.

Trust me, after a month in lockup, even downtown Edmonton will begin to look like Shangri-La, and a few of the boys (probably the St. Louis Blues led by Brett Hull) will make a jail break in search of peeler bars and those mountain ranges and streams Alberta Premier Jason Kenney promised them.

I suppose I shouldn’t care, because I’m safely removed from the fray, and if the deep thinkers in E-Town and the Republic of Tranna want to expose their rabble to a hike in COVID cases, who am I to squawk?

I realize I can be a total ditz at times, a circumstance that plagues me with increasing regularity as I slide deeper into my dotage, but it confounds me how fan-free NHL games would make anyone in E-Town or The ROT giddy. I mean, oh joy, they get to watch the Oilers and Leafs on TV. You know, just like the rest of us.

Count veteran essayist Terry Jones of Postmedia E-town among the giddy. Once the Alberta capital had been confirmed as one of the two zip-lock shinny sites, he could scarcely contain his glee. “Edmonton in the summer is a festival city and this year all those festivals have been cancelled,” the dean of Canadian jock journos wrote. “But with proper social distancing, you can have a hockey festival. It’s going to be fun to see what Edmonton can create. Imagine big screen video boards erected around town and fans watching games in their cars Drive-In Movie style with Dog & Suds style car hops delivering food and beverages.” Ya, sure, and maybe the Fonz, Richie, Potsie and Ralph can drop by for the ceremonial faceoff.

I’m not saying the E-Town-proud Jonesy is wrong to wave pom-poms for his burg. Hometown boosterism is one of his admirable qualities, and I get a kick out of it, no matter how delusional it might be (especially when the topic is curling). But a roller-blading car hop asking, “Would you like fries with your order of COVID-19?” wouldn’t be my idea of a good time. I’d be surprised if the majority in northern Wild Rose Country share Jonesy’s enthusiasm for a COVID Carnival.

Similarly, why would any among the rabble in Good Ol’ Hometown want to welcome nine Canadian Football League outfits for a Coles Notes version of a no-fans, three-downs season? What, mosquitoes the size of St. Bernards and potholes the size of the Bermuda Triangle aren’t enough to deal with without adding an invasion of Yankee Doodle Dandies into the mix? If anyone can tell me what’s to be gained by trucking hundreds of Americans across the uncrossable border into Winnipeg, I’m prepared to listen.

Winnipeg Blue Bombers voice Knuckles Irving is fully onside with the large lads in pads assembling in River City to grab grass and growl at Football Follies Field In Fort Garry. “We’ve been saying for weeks on the CJOB sports show that Wpg is the obvious choice as a CFL hub city, IF it comes to that,” he tweeted. “And it might come to that, but it hasn’t yet. NOTHING has been finalized. When it is and the CFL decides ‘hubbing it” is the way to go, hello Winnipeg!!”

I mentioned this a week ago, but it bears repeating now that the feds have allowed the Blue Jays to nestle in The ROT: Perhaps they’ll explain why the Winnipeg Goldeyes are forced to call Fargo, N.D., home this summer. Oh, that’s right, Trudeau the Younger and cronies don’t want non-essential workers crossing the uncrossable border. Apparently Charlie Montoyo is essential but Rick Forney isn’t.

The Washington Redskins will likely change their team name (money talks). The Cleveland Indians will think about changing their team name. The Seattle NHL expansion franchise remains a Team To Be Named Later. Meanwhile, New York Knicks fans are hoping James Dolan changes his name to the Billionaire Formerly Known As Owner.

I note that Vlad (The Bad) Putin has signed a one-way deal to rule Russia until at least 2036, about the same time Tom Brady is expected to show signs of slowing down. 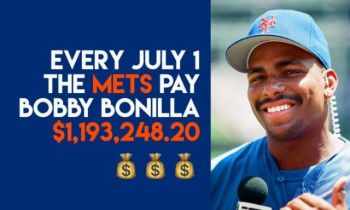 Speaking of lifetime contracts, the New York Mets continue to pay Bobby Bonilla to not play baseball. The Amazin’s top up Bonilla’s bank account by a whopping $1,193,248.20 each July 1 and will do so until 2035, even though he last wore their double-knits in 1999. If nothing else, the Bonilla deal gives new meaning to Casey Stengel’s lament about his 1962 Mets: “Can’t anybody here play this game?” Bonilla doesn’t have to.

Imagine getting paid all that money to do absolutely squat. You know, like the Kardashians.

So David Price of the Los Angeles Dodgers has decided to skip the 2020 MLB season. That’s different. He doesn’t normally disappear until the playoffs.

What’s this? The Drab Slab plans to eliminate reader comments on July 14? Shame that. There’ve been days when the readers’ thread was more interesting and entertaining than the articles.

It’s fair to wonder what fantasy world Evander Kane exists in. I mean, the co-creator of the Hockey Diversity Alliance did the Zoom thing recently and claimed that the misdeeds of white athletes, such as Brendan Leipsic, are nothing more than “a footnote” on sports pages and TV.

“This guy does what he does, has a group message where he’s saying some not so good comments, to put it lightly,” Kane began. “I go on TSN and I’m trying to look for the article. I’m thinking, ‘Big story, career over, it’ll be at the top of the page’ because every time something happened to me or another Black player, top of the page, blowing up, front-line news. They want to make sure everybody can see it.

“I’ve got to scroll all the way down and there’s a little blurb. It’s not ‘Brendan Leipsic makes horrific comments about player’s girlfriend’ or ‘Makes misogynist comment or fat shames,’ it’s ‘Brendan Leipsic apologizes for comments.’ How generic and undetailed is that for a headline?’

“From my own personal experience, they want to make it as detailed as possible. They want to overstate it, blow it up. They want to portray you in such a negative light that it gathers so much attention. When it comes to white players, it’s a footnote.”

What a load of complete crap.

Leipsic’s conversation about women was front-page news, not a footnote, in the Winnipeg Free Press, the Winnipeg Sun, the Washington Post, the Globe and Mail, the National Post and numerous other dailies and websites. Headlines included descriptives like “Misogynistic and reprehensible,” and “vulgar” and “offensive.” He’s been drummed out of the NHL. And he’s a white guy.

Drew Brees is also a white guy. He took a royal beating for a regrettable (stupid) comment about not respecting athletes who kneel during the American national anthem.

Johnny Manziel is a white guy. He’s been battered fore and aft for a string of ugly trespasses.

You might recall a tweet the then-Winnipeg Jets forward posted during an NBA playoff game in 2013: Chris Bosh of the Miami Heat “looked like a fairy going to the rim.” When challenged on the homophobic tone of the tweet, he stood firm, responding, “Man, there’s a lot of overly sensitive people on here. It’s unreal how some of you on here turn absolutely nothing into something so wrong. As I have said before and I’ll say it again if you can’t handle real talk unfollow.”

Ya, that’s the guy I want heading up a Diversity Alliance.

And, finally, my favorite tweet last week was delivered by old friend/broadcaster Peter Young: “In early 70s while teaching grade 9 Phys Ed one class was devoted to mild version on Sex Ed. One 14 year old female on fill in the blank question. ‘Most sexual diseases are transmitted in the area of the REGINA.’” So I guess former Blue Bombers head coach Mike Kelly was right when he called the Saskatchewan capital the “crotch of Canada.”