Seriously, I was sooooo wrong about the Winnipeg HC training sessions.

I mean, this is what I scribbled last week: “There are a limited number of interesting storylines and, in the case of the Jets, they’ve already been exhausted. Big Buff’s taken leave. Blake Wheeler had his say. Paul Maurice went zen master about his ‘sparrows.’ Patrik Laine and Kyle Connor are in RFA limbo. What’s left to write and talk about?”

It’s become a cross between CSI: Jets and Big Buff Does Moe’s Tavern.

Here’s the deal, though: The Sideshow Bobs have turned this into the most interesting Jets camp. Ever. Tis a shame they have to interrupt all the shenanigans by playing meaningless games on the ice.

On the matter of Dustin Byfuglien and his navel gazing at the crossroads of life, we’ve had confirmed sightings of the will-he-or-won’t-he rearguard in watering holes/eateries about town, and he’s been hobnobbing and making nice with the rabble. One of the minions who observed Big Buff in his at-ease habitat swears on a stack of empties that No. 33 isn’t ready for last call on his National Hockey League career, and his 260 pounds of girth will return to the Jets blueline as soon as they start playing for keeps. I don’t know about you, but I can’t think of a more reliable source than someone who heard someone say something to someone in a gin joint.

The folks at Merriam-Webster added 533 words and meanings to their dictionary this month. One of them is “Buffpubry.” It means “to drink beer and schmooze during the deliberate avoidance of NHL training camp.”

What’s that you say? I shouldn’t make light of Big Buff’s play-or-quit quandary? I suppose you’re right. Retirement is a serious bit of business. Plenty to ponder for a 34-year-old man who’s already earned north of $50 million and has an additional $14 million on the table. If I was Buff, I know exactly what I’d do—go to a pub and drink about it.

You think I’m kidding? That’s exactly what I did when it came time to fish or cut bait in 1999. I found the answer I was looking for while sitting in solitude one afternoon in the Toad In The Hole Pub & Eatery in Osborne Village. Left the rag trade shortly thereafter and, just shy of age 49, moved to Victoria, as poor as Second Hand Rosie with holes in her pocketbook. If anyone noticed my adios, they didn’t give a damn. Big Buff won’t be able to sneak away to count his millions so quietly.

So, here’s what disturbed me after the Winnipeg Blue Bombers hacked up a hair ball the size of a mule’s arse on Saturday afternoon in Montreal: Head coach Mike O’Shea suggested his large lads “maybe underestimated” the Alouettes. Excuse me? The boys in blue-and-gold linen believe they’re so high and mighty that they looked at les Larks as pushovers? Mirror, mirror on the wall, who’s the dumbest of them all?

Coach Grunge was right about one thing, though: The Bombers gagging on a 24-point lead in a shocking 38-37 loss was “sickening.” And I’m not sure a visit by the Hamilton Tabbies on Friday is the cure they’re looking for.

Yes, now that you mention it, I detected an extra helping of oomph in Andrew Harris’ giddyup v. les Larks. He certainly seemed to have a serious grouch on.

“Pissed off” is how Coach Grunge described his tainted tailback in advance of the skirmish at Percival Molson Stadium, and I suppose you and I would be wearing our grumpy pants too if squints in lab coats called us cheaters and told us to get lost for a few weeks.

So Harris returned to the fray with a chip the size of a totem pole on his shoulder pads and toted the pointy ball for 188 combined yards in Winnipeg FC’s losing effort, and he did so, presumably, without the benefit of anything that will attract the attention of lab techs tasked with the chore of squinting into a microscope in search of squiggly, little nasties in his pee.

The thing is, we have yet to determine the full and final fallout from L’affaire Harris.

He committed the crime (a trace amount of an illegal somethingorother was discovered in his pee in July) and he’s done the time (a two-game suspension), but the matter of the Canadian Football League’s year-end trinkets and whether Harris is now considered a pigskin pariah is yet to be determined.

This is normally an interesting debate and, as the leading lugger of mail in Rouge Football, Harris certainly has the bona fides to warrant consideration for the Most Outstanding Player bauble. In fact, I’d say he was the leading candidate BBP (before bad pee) and was likely heading to a landslide victory at the polls.

That all changed when the lab rats confirmed the Bombers tailback was (officially) a drug cheat.

Sounds so cruddy, doesn’t it? Drug cheat. Puts Harris in the same sinister sphere as Big Ben, A-Roid, Lance Armstrong and all the other needle jockeys. Difference is, a lot of people like me want to believe Harris when he swears there was something fishy in the supplement he took. It wasn’t poison fruit; someone poisoned the fruit.

Alas, that’s what they all say when caught with their hand in the juice jar, and I can’t imagine all the boys and girls on the beat are buying his denial. Surely a number of them will consider his yardage total ill-gotten. Question is, how many?

News snoops in Good Ol’ Hometown will be the first to pass judgment on Harris and, although we won’t hear from them until late October, I’m guessing some have already discussed/debated the merits and optics of choosing a guy branded a drug cheat as the Bombers MOP and/or most outstanding Canadian.

I don’t think it’s a tough call, though.

Forget that it would be a horrible optic. Awarding the highest individual honor to a player forced to sit down midway through the season due to a drug rap is just wrong.

This isn’t a moral dilemma about the ayes and nays of performance-boosting drugs. I think most people are guided by the same compass in that area, and they’re straightforward against. Thus, it’s a matter of belief. Do news snoops believe Harris’ story about a contaminated supplement? If so, they can vote him MOP with a clear conscience. If not, to vote him MOP is to excuse, if not endorse, performance-enhancing drugs.

It’s my understanding that Harris is a media favorite because he’s accessible, obliging and delivers quality sound bites. But how much does likability come into play in MOP voting? And should favoritism forgive him his sin?

Harris tells Ed Tait of bluebombers.com to “look at the facts” in his illegal drug case. “It wasn’t like they found a massive amount. I got tested earlier in the season and there was nothing and then 10 days later there’s a small trace. I’ll be tested for the rest of the season and there’s not going to be anything. It was one game where I had this trace in my system and it was probably my worst game of the year, too.” Harris repeated his “look at the facts” mantra to news snoops in Montreal after Larks D-lineman John Bowman called him a “cheater,” but he seems to be missing the point, which is this: Lab squints found a no-no substance in his pee. That’s the fact. It doesn’t matter if it was a “small trace” or a “massive amount.” Metandieonone was in there. It’s a banned substance. He got caught. Henceforth, suspicion and doubt will dog Harris the remainder of his CFL days, and it won’t be just John Bowman who’s skeptical of his achievements. That, not the two-game suspension, is the real punishment.

How in the name of Jackie Parker and Kenny Ploen has Mike Reilly made it through this CFL crusade in once piece? Angry large lads with malice in mind have beaten the poor man like a rug during spring cleaning, but the B.C. signal-barker is the last of the original starting QBs still standing. He really is the toughest dude in Rouge Football.

That was quite the crowd the Argonauts attracted to BMO Field for their skirmish with the Calgary Stampeders on Friday night: 9,819. Apparently the guy who won the 50/50 draw doesn’t know what to do with his $8.40 windfall.

Just wondering: Why is Mad Mike McIntyre selling subscriptions to the Drab Slab on his Twitter feed? Things must be grim at the broadsheet if they’ve got the scribes peddling papers. 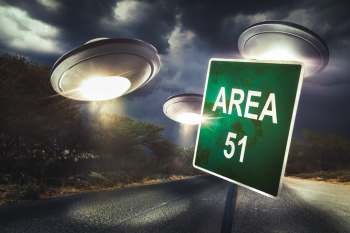 Here’s the kind of stuff I like to see in a newspaper: Justin Emerson of the Las Vegas Sun asked members of the Golden Knights if they believe the U.S. government is hiding E.T. and some of his little green friends at secretive Area 51 in Nevada. Some of the answers are classic.
Head coach Gerard Gallant: “Ya, for sure. I’ve seen a couple in the stands.”
Alex Tuch: “I think we should be more working side-by-side with them instead of keeping them captive.”
Nate Schmidt: “There’s no live ones. Ever see Independence Day? That’s a factual movie.”

According to scientists, there’s been a dramatic decline in the North American bird population in the past 50 years, with a loss of 2.9 billion of our feather friends. If only something could be done to get rid of the Baltimore Orioles.

Some women are playing exhibition shinny in the Republic of Tranna this weekend. Apparently all the major media outlets planned to be there, except Auston Matthews scored a goal on Friday night so they had to interview his mustache.

Actually, Dave Feschuk of Toronto Star scribbled a piece on the women’s Dream Gap Tour a couple of days ago, and he only managed to squeeze three Drake references into his article. I’m quite uncertain what the Tranna Jurassics groupie has to do with women’s shinny, but apparently it’s compulsory for scribes in The ROT to mention Drake in every essay.

And, finally, I don’t think any of us expected Tessa Virtue and Scott Moir to be pitching faux woo to one another at the 2022 Winter Olympic Games in Beijing, but the finest of our fancy skaters made their retirement official last week, and that’s sad. What a trip, though. For us.