It has come to my attention that some among the rabble are less than enthusiastic about the work of Matt Nichols.

A pocket of people, in fact, were calling for Nichols’ removal on Friday night at Football Follies Field in Fort Garry, even though he had the Winnipeg Blue Bombers in front of the Hamilton Tiger-Cats, 19-7, when the large lads retreated to their changing rooms for mid-match down time.

To which I can only say: Have you lost your flipping minds?

I mean, sure, Nichols was off his game when tossing the long ball. If misses were kisses he’d have been covered in hickies. But take him out? You don’t want to go there. All Nichols has done for Winnipeg FC is win (27-15). If not for the objectionable and curious decision-making of his head coach, Mike O’Shea, in the past two Novembers there’d likely be a playoff victory or two on his resume.

Ask yourself this: What Canadian Football League quarterback would you rather have ahead of Nichols? If you say Mike Reilly or Bo Levi Mitchell, I’ll agree. If you say anyone else, I’ll be inclined to give you an argument.

So, unless Nichols is hobbled and sent to the repair shop, let’s have no more talk of his ouster.

First the bad news: The head count at Football Follies Field in Fort Garry is down 6,140 through four home dates. Now the good news: Still on the Winnipeg FC calendar are visits from the Saskatchewan Roughriders (2) and Calgary Stampeders (1). In an ideal world, which is to say if the pointy ball bounces in the Bombers box-office favor, the Oct. 26 skirmish vs. the Stamps would be an argument over top spot in the West Division. Can you say sellout, kids?

The surprise is not that the Roughriders shed themselves of multi-purpose pain in the ass Duron Carter the other day, the surprise is that he lasted so long with Gang Green.

Apparently, CFL concussion protocol doesn’t apply to quarterbacks named Johnny Manziel. He was knocked loopy in Montreal Alouettes’ loss to the Ottawa RedBlacks, yet permitted to carry on without missing a beat. Scary stuff.

Quick now! Name the only starting quarterback who failed to toss a touchdown pass in the CFL last week. I’ll give you a hint—he’s TSN’s favorite lousy QB. That’s right, Johnny Manziel.

Now, who among the six starters flung the football for the fewest number of yards? Right again, Johnny Rotten.

Finally, who among the starting six is 0-for-the-CFL? Yup, heeeere’s Johnny!

So why is it that his name still dominates headlines in mainstream media and on the Internet?

News snoops and talking heads continue to fawn over Manziel like Republicans and Donald Trump, regardless how dreadful or ordinary his work might be. Most notable among the groupies is, of course, the ever-drooling mob in the Cult of Johnny, otherwise known as TSN, but they aren’t alone. The morning after Manziel and the Alouettes were paddywhacked by the RedBlacks, it was Johnny this and Johnny that clear across the www universe.

I swear, the last Johnny to get this kind of attention was a guy called Appleseed. Difference is, he actually accomplished something worth writing about.

I should point out that a couple other QBs also saw their names in headlines. But, whereas Johnny Rotten was described as “better” and “improved” in defeat, Matt Nichols “struggled” in victory. Mike Reilly, meanwhile, was “crap,” and that will never be mistaken for a compliment.

Here’s what went down in CFL quarterbacking last week, including the newest advance stat, Name in Headlines…

Manziel delivered a most curious sound bite after his second loss in two starts as the Larks QB: “It’s not about wins and losses right now.” It isn’t? Since when? Vince Lombardi must be spinning like a lathe in his grave.

This just in: If a trip to Los Angeles to watch the Dodgers in on your agenda, you no longer will be required to trudge up and down the stairs to concession stands for your beer. That’s right, patrons at Dodger Stadium now can order their brown pop from the comfort of their seats behind home plate, down the lines or in the bleachers. And I think that’s only fair. After all, Dodger fans like myself have been crying in our beer for 30 years, so why should we have to get up to get it?

I’d have something to say about the Hlinka-Gretzky teenage tournament that just concluded in Edmonton, but—how do I put this without sounding unCanadian?—the hockey thing just doesn’t work for me in the dog days of August. I realize we live on Planet Puckhead and some folks need their shinny fix 12 months of the year, but shouldn’t we all just all go to the beach? Or, in my case, the ocean?

I have just one thing to say about Tiger Woods and the mob that followed him in the final round of the PGA Championship on Sunday: Wow. Just wow.

Question for anyone who follows men’s tennis: If Denis Shapovalov weren’t one of us, which is to say Canadian, would we like him or would we look at him as a cocky kid who needs to be brought down a peg or two?

Noted hockey scribe Eric Duhatschek was on the tennis beat for The Athletic during the Rogers Cup in the Republic of Tranna, and he wrote that Shapovalov and Greek teen Stefanos Tsitsipas are “currently taking men’s tennis by storm.” Really?

Rosie DiManno of the Toronto Star writes that tennis is “primarily a game of singles—the rest is window-dressing and filler.” That’s highly insulting if your name is Daniel Nestor, the most accomplished player ever produced in the True North. Nestor has made a career out of doubles tennis, on numerous occasions reaching world No. 1 status. His CV includes eight Grand Slam men’s titles, 91 tournaments titles, four Grand Slam mixed titles, one Olympic gold trinket, and career earnings of $12,821,626. If that’s window dressing, the window is the size of the Pacific Ocean. 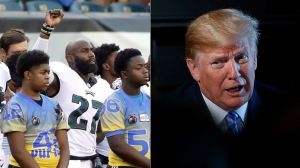 Here’s the latest from Roberto Osuna, the Houston Astros relief pitcher who awaits his day in court on a charge of beating up a woman: “It’s easy to forget about the stuff that’s going on off the field.” That is such a wince-inducing, insensitive comment. He says it’s easy for him to forget “stuff” like roughing up a woman, but I doubt his victim has forgotten. I also doubt I’m alone when I say I hope karma bites the Astros in the butt during the Major League Baseball post-season. Their blind eye toward domestic violence and disrespect for women is appalling. 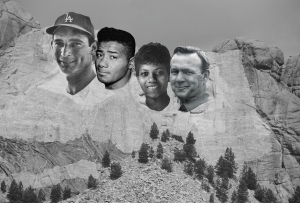 So, I’m reading Willie Nelson’s biography, My Life It’s a Long Story, and he mentions guys like Hank Williams and Lefty Frizzell among those who inspired him and belong on the Mount Rushmore of country music. That got me thinking about the jocks who grabbed my attention as a sprig in the 1950s and never let go; athletes who form the very bedrock of a lifetime watching sports and 48 years of writing about it. After about 30 seconds of deliberation, I got out the hammer and chisel and went to work on my personal Mount Jock—Sandy Koufax, Floyd Patterson, Wilma Rudolph and Arnold Palmer. If not for those four, I likely would have done something radical. Like pick up a guitar and write and sing hurtin’ songs that wouldn’t have been anywhere near as good as Willie’s.

And, finally, if I were to create my own Mount Rushmore of hockey, guaranteed Stan Mikita would be included. I was in my mid-to-late teens when Stosh was at his absolute best with the Chicago Blackhawks, and I marveled at the things he could do with the puck. I had a Stan Mikita helmet and, later, a Blackhawks jersey No. 21. The helmet and sweater are gone and, sadly, so is NHL legend Mikita, a victim of Lewy body dementia at age 78. I never met him, but often wished I had.