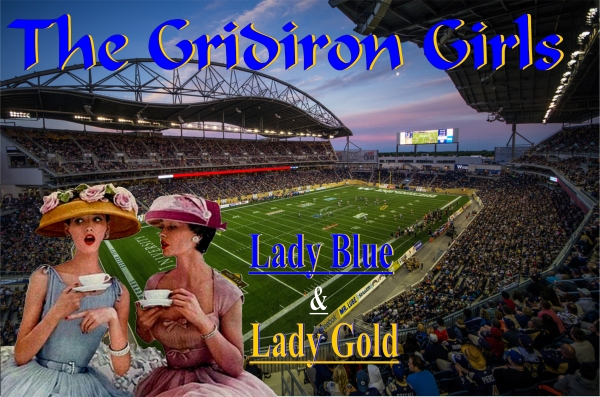 It’s time to grab grass and growl, kids, which is to say the Canadian Football League season is upon us, and my two Gridiron Girls are here to discuss the Winnipeg Blue Bombers and other things pigskin.

The Bombers, of course, engage the Edmonton Eskimos in their season-opening frolic on Thursday night at Football Follies Field in Fort Garry, and they do so with their starting quarterback, Matt Nichols, in the repair shop and greenhorn Chris Streveler behind centre.

Lady Blue: Well, here we are, ready for another football season. I haven’t been this excited since we went all-in at that big sale on summer shoes at the Bay last month.

Lady Gold: Shoes is the operative word, because that nice, young man Chris Streveler has totally huge shoes to fill as the Bombers starting quarterback. I don’t know if I should be excited for him or feel sorry for him. True rookies—and by that I mean a kid with more wet behind his ears than Michael Phelps—seldom start at QB in the CFL. It’s as rare as Chris Walby passing on free burgers and beers. I’m told Anthony Calvillo was the last one. That was in 1994.

Lady Blue: Has it really been that long? 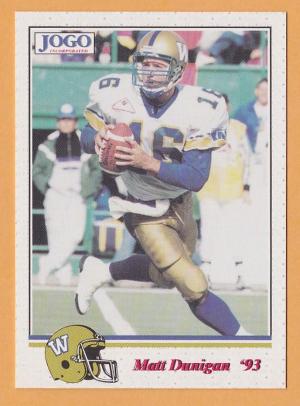 Lady Gold: Yup. You know who the Bombers starting QB was back then? Matt Dunigan. One of the other QBs that season was Sammy Garza, aka Slingin’ Sammy Son-in-Law. He had journeyman talent, but he also had the good sense to marry one of head coach Cal Murphy’s daughters.

Lady Blue: Did Kindly Cal still have his first heart in ’94, or was he operating with heart No. 2 by then?

Lady Gold: No. 2. Cal’s heart transplant surgery was in ’92. Bless his soul. Wonderful guy. Lots of laughs. And a football legend.

Lady Blue: Did you Google this stuff, or did you know it off the top of your head?

Lady Gold: Hey, I’m pushing 68. Google was invented for cobwebbed people like me. The mind might not be the first thing to go, but it’s running a close second.

Lady Blue: Well, we digress. What were you saying about Chris Streveler? 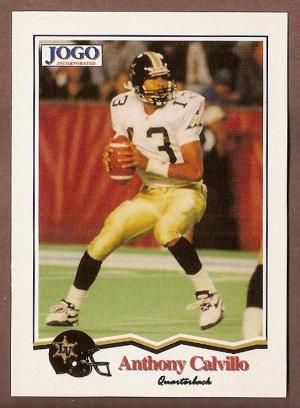 Lady Gold: Just that it might be leading a lamb to slaughter. As I said, not since Calvillo with the Las Vegas Posse in 1994 has a kid fresh out of a college classroom—or wherever it is that American college football players hide when they’re supposed to be in class—started a season behind centre in the CFL. It’s a tough gig.

Lady Gold: That he has a career like Calvillo.

Lady Gold: That he has a career like Sammy Garza and doesn’t marry one of Cal Murphy’s granddaughters.

Lady Blue: They say Streveler has a good set of wheels.

Lady Gold: He’ll need them. I’m guessing the Eskimos will be bringing more heat than the Earp boys and Doc Holliday at the OK Corral. You think there isn’t some serious chop-licking going on with the Edmonton defensive dozen right now, knowing there’ll be fresh meat on the other side of the line of scrimmage Thursday night?

Lady Blue: Does the entire 2018 season come down to the four-to-six week window when Streveler is subbing for Matt Nichols?

Lady Gold: Not at all. Think back to 2016. The Bombers came out of the gate at 1-4, largely because Drew Willy kept bouncing the ball to his receivers. Head coach Mike O’Shea—or someone above him—finally had seen enough of that Sad Sack show, so he handed the ball to Nichols, albeit grudgingly, and the lads went 10-3 the rest of the way. Going 1-4 in the CFL in June or July isn’t a death sentence, not even in the West Division. But you don’t want to do it once the frost is on the pumpkin.

Lady Blue: So you’re telling me that if the Bombers stumble out of the chute like Johnny Depp at closing time, I shouldn’t fret.

Lady Gold: Exactly. And I’ll give you two names why—Adam and Bighill. I cannot emphasize how significant a signing this was for the Bombers. I mean, are you kidding me? Bighill is Studly Linebacker. Essentially, he replaces Sam Hurl. That’s like going from Barry Manilow to Led Zeppelin. We haven’t seen that kind of an upgrade in River City since Sam Katz vacated the mayor’s office.

Lady Blue: Ouch. That was a cheap shot.

Lady Gold: I suppose it was. But I like to toss a cheap shot in every now and then just to see if anyone is paying attention. Anyway, as Doug Brown scribbled in the Drab Slab—that’s what I call the Winnipeg Free Press—the Bombers will have a beastly D dozen this year, and Bighill’s finger prints will be all over it. They could steal a game or two to ease Streveler’s burden.

Lady Blue: What else is critical to a successful crusade?

Lady Gold: O’Shea has to stay out of his own way. No more glaring brain cramps or goofy gimmicks at the most inopportune times, like when you’re deep in your own half of the field and holding a comfy lead. Seriously. Punters passing to phantom receivers on third down in your own zone? Hey, I’m all for derring-do and a bit of hocus-pocus—and O’Shea can be quite creative on special teams—but he’s got to be more selective when he rolls the dice. You aren’t going to sneak the sun past a rooster by using a couple of hens as a diversion.

Lady Blue: Speaking of animals, is it going to be a zoo in Hamilton this year with Johnny Manziel on board?

Lady Gold: Well, TSN sure thinks he’s the cock of the walk. It’s been total overkill since he arrived in the Hammer, and it’s ridiculous. He’s a backup quarterback, for cripes sake.

Lady Blue: I read a piece in the National Post the other day that suggested Manziel will drive attendance at Timbits Field in Hamilton.

Lady Gold: As if. That’s a stupid comment. Who’s going to pay money just to watch him stand on the sidelines? Besides, the Tiger-Cats played to 97.6 per cent capacity last season, third in the league behind Ottawa and Saskatchewan, and they were gawdawful. It’s not like they need him to put rumps in the pews.

Lady Blue: So you’re not a Johnny Football fan.

Lady Blue: Any predictions ahead of Thursday’s opening kickoff?

Lady Gold: Ya, the Bombers will beat Hamilton in the Grey Cup game and Matt Nichols will be the MVP, but TSN will cut away from the awards ceremony to show highlights of Johnny Manziel holding a clipboard on the sidelines.

Lady Gold: You too.