It’s been an interesting and odd past couple of weeks in the sandbox. Let’s recap:

I think that pretty much sums up the seedy side of sports in recent days, and I think we can agree that there’s been a whole lot of ugly going on.

The worst optic for me was the TSN panel on The Reporters with Dave Hodge. I mean, when I think of poor casting, Johnny Depp as Tonto comes to mind. Kevin Costner as Robin Hood. John Wayne as Genghis Khan. Ashton Kutcher as anybody. All bad, bad, bad, bad. But four heterosexual sports guys talking about gay things? The worst.

Heterosexual male sports scribes should be discussing gay issues only if they have spent considerable time in the LGBT community, if they offer a named gay source as a point of reference, if they have felt the sting of a homophobic barb, or if they have had to fight society for the right to marry the partner of their choice.

Farber suggested the way the Blue Jays and MLB handled the Pillar situation was “admirable.” Well, I’m sure it was to him. But he isn’t gay. Perhaps a gay sports writer might think the punishment for calling an opponent a “faggot” was too namby-pamby.

Trouble is, there are no gay sports scribes in Canada. At least not in the mainstream. If you’re talking about a jock journo at big city daily rags in the True North, there’s a 99.9 per cent probability that he’s a he, he’s white and he’s a confirmed heterosexual. The other 0.1 per cent is female. And probably straight.

Spector’s piece is thoughtful (he actually solicited gay insight from Brock McGillis, a former Ontario Hockey League goaltender who came out post-career) and he asks this question: “Why have the other sports experienced players come out, but not the National Hockey League? Or Canadian Major Junior Hockey?” Spector might pose the same query about his own business. I started in the rag trade in 1969. I worked with gay entertainment writers, gays on news side, gay librarians, gay department heads, but never once a gay male jock journo. You’d think that in the ensuing 48 years there’d have been at least one gay guy scribbling about sports at one of the big-city, mainstream dailies. But no. There have been more sightings of Sasquatch. Why no openly gay sports scribes? Probably the same reason there are no openly gay hockey players—they fear ridicule and don’t want to be thought of as a weaker-than or a lesser-than.

Hey, look who’s back! It’s the two Grumpets, Steve Lyons and Paul Wiecek. They’ve reappeared on the Winnipeg Free Press sports pages, and they did the unthinkable with their return volley: They ate their own. Actually, it was Wiecek who called out Cathal Kelly in a discussion about Tiger Woods’ arrest on a DUI charge. “The normally staid Globe and Mail had a hyperventilating column by Cathal Kelly up on their site already by Monday afternoon, which made the paper and Kelly—who is usually excellent—looking very stupid.” Yowzers. I can’t recall the last time I read one sports scribe dissing one of the brethren like that, but I think JFK was still alive.

Got a kick out of good guy Doug Smith’s blog in the Toronto Star. “How can you not hope for the best for a team that’s lost so many vital components already and still manages to soldier on?” Smith asks of the beleaguered Blue Jays. Well, Doug, I’ll give you two names to explain why I cannot root, root, root for the Tranna Nine: Jose and Bautista. He is the most tedious, tiresome man in professional sports. 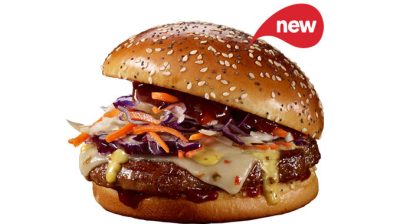 While watching a McDonald’s commercial during the terrific five-setter between our top tennis guy Milos Raonic and Pablo Carreno Busta at Roland Garros on Sunday morning, I couldn’t help but wonder: Who thought it would be a good idea to put coleslaw on a hamburger? I’m not lovin’ it.

I do love clay-court tennis and its long rallies, though, which might explain why the French Open is my preferred Grand Slam event and my two main men of all time are Bjorn Borg and Rafa Nadal. The Raonic-Carreno Busta match was terrific theatre, with the Spaniard enduring 4-6, 7-6, 6-7, 6-4, 8-6.