I don’t make New Year’s resolutions. What’s the point? I know I wouldn’t keep them.

I mean, I could resolve to cease my regular criticisms of jock journalists. And I could really, really mean it. Girl Guides honor. Cross my heart and hope to die. But then one of the girls or boys on the beat would scribble or say something goofy, dumb, ridiculous or all of the above and it would be like a tub of chocolate swirl ice cream—I would have to have at it.

Thus, I do the opposite. I make New Year’s non-resolutions. That way, I can’t go wrong. I know I’ll break every one of my non-resolutions long before the year is done and I’ll be happy about it.

With that in mind, here are my New Year’s non-resolutions for 2017… 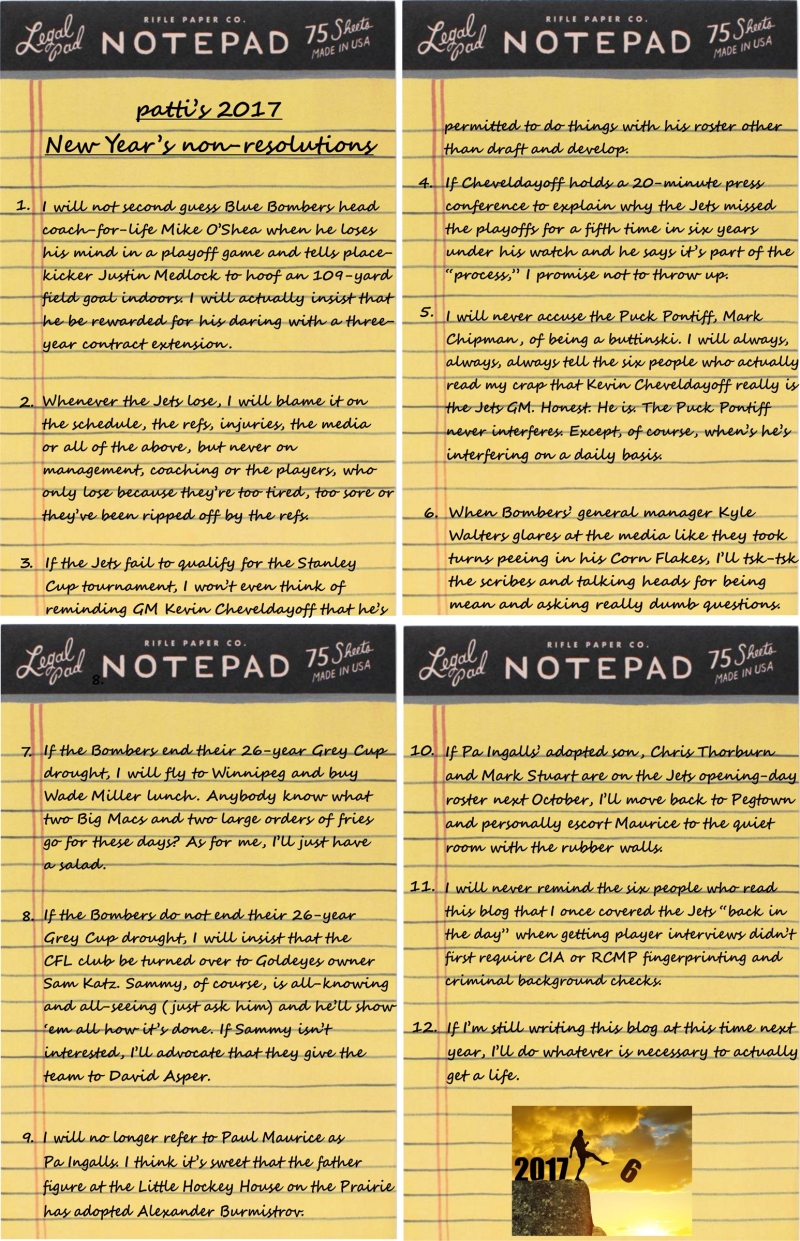