Ice fishing as a selling point. Who knew?

Not many National Hockey League free agents would think of a one-day, winter getaway to Matlock as a little slice of heaven, but spending a few hours in a small shack on a frozen Lake Winnipeg in sub-zero temperatures is Dustin Byfuglien’s idea of a swell time.

So he’s staying. In good, ol’ Hometown. For the next five winters. Thus, all those pike, perch and walleye are on notice: Big Buff is coming for you.

The Winnipeg Jets big blueliner didn’t cite ice fishing as one of the reasons he chose to forego untethered free agency and remain in River City, but it’s common knowledge that angling is among Byfuglien’s deepest passions, and the availability of dropping a line into a hole in the ice when the Jets aren’t busy losing hockey games surely played a part in his decision.

Will his signing help lure other free agents to Pegtown? Doubtful. But it does confirm a message the Jets began sending three years ago with the signings of Blake Wheeler, Bryan Little and Zach Bogosian—they are willing to spend the big bucks in order to keep their elite players in the fold. As much as bankrolls Mark Chipman and David Thomson operate on the cheap, they didn’t chintz out on Byfuglien. His sticker price of $7.6 million per annum is not pocket change.

I mean, 38 mill can buy a guy lot of live bait. Cripes, man, Buff can afford all of Lake Winnipeg now. And a few rivers to be named later.

Byfuglien will make more money ($8 million) next season than the entire Winnipeg Blue Bombers roster and the combined salaries of every member of the Manitoba Legislature. With a bit more than $2 million left over.

Did I hear Grand Master Kevin Cheveldayoff correctly during his chin-wag with news scavengers after the Byfuglien signing became official? I swear the Jets general manager said his outfit’s current place in the Central Division pecking order is “a little bit of a blip.” Is that what we’re calling last place these days? A bit of a blip? Good grief, Chevy. Talk about losing the plot.

Now that the Jets’ Raging Dane, flyweight Nikolaj Ehlers, has added fighting to his repertoire, can we expect Anthony Peluso to start scoring goals? Naw. Life never works that way, does it.

Winnipeg Blue Bombers GM Kyle Walters vowed to put his best foot forward once the Canadian Football League’s annual free-agent livestock auction commenced, and he did exactly that in hiring Justin Medlock’s lower left limb. Medlock, late of the Hamilton Tiger-Cats, is only the most accurate kicker of footballs in the annals of the three-down game, and he replaces Sergio Castillo, who believes his field goal attempts are pre-determined by God. I don’t know about you, but I’ll take a guaranteed three points over a prayer every time.

Okay, it’s agreed. Cam Newton is a sore loser. He’s got a chip on his shoulder the size of Manhattan Island. So what. Sure, it would have been wonderful had the Carolina Panthers quarterback been less pout and more polish during his meet-the-press gab session scant seconds after he and the Carolina Panthers had been beaten by the Denver Broncos in their Super Bowl 50 skirmish on Sunday, but, last time I looked, providing scintillating sound bites is not part of the gig for a National Football League QB. A guy like Peyton Manning can pull it off, win or lose. Ditto Tom Brady. Newton can’t, but it’s no biggie. It just means it’s unlikely he’ll be hosting Saturday Night Live any time soon. 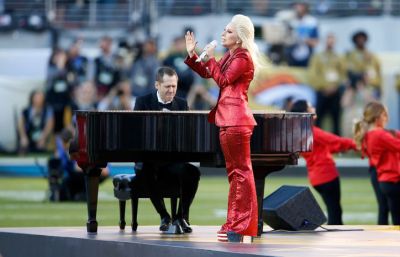 How can you tell a friend of yours is gay? When he comes up to you the morning after Super Bowl 50 and insists on talking about Beyonce “walking it” during the halftime show and Lady Gaga’s rendering of the American national anthem rather than the Denver Broncos mauling of Newton. I must confess that I missed Beyonce, but I caught Lady Gaga’s act and was wowed by her outfit. Still can’t get over the sparkling red eye shadow (Note to self: Must, must, must get some of that stuff!), the blue polish on the nails, the blue shoe on his left foot and the red-and-white striped shoe on her right. Oh, ya, her singing was boffo, too. Love the Lady. My gay friend Markus prefers Beyonce.